In the mid 1960’s, to serve all members of the community all year round, the Solon Young Women’s Club established a library in Solon. In its earliest days, the library was beneath the downtown bandstand. It had no windows, and whenever it rained, water would run from one side of the library to the other. The library was funded from cookbook sales, local businesses, rummage sales, the City Council, food sales, and a stage show. Most of the books were purchased or donated by individuals around the Solon area.

The library was staffed with volunteers from the Solon Young Women’s Club and the Solon Study Club. At first, the library was only open on Wednesdays and Saturdays, usually in the afternoon. To promote the use of the library, it would also open its doors whenever the Solon High School had band concerts on Wednesday evenings.

In 1967, the City Council voted that the library would come under the sponsorship of the City of Solon and thus, the Library Board was created. A year later, the library moved across Main Street into the old print shop that is now Solon Swirl. A few years later when that building was sold, the library relocated to its third location which was the former Solon jail and firehouse on Iowa Street.

Space soon became limited with the growth of the community and the Library Board initiated plans for a new building. After several years of fundraising and planning, the Solon Library moved to its current location at 320 West Main Street. The building had its grand opening ceremony on June 24, 2001.

Over the years, four librarians have served our community. Betty Brannaman, Pat Fiala, Marjorie Turkal, and currently, Kris Brown. Each has contributed to the growth that continues to characterize the Solon Public Library. 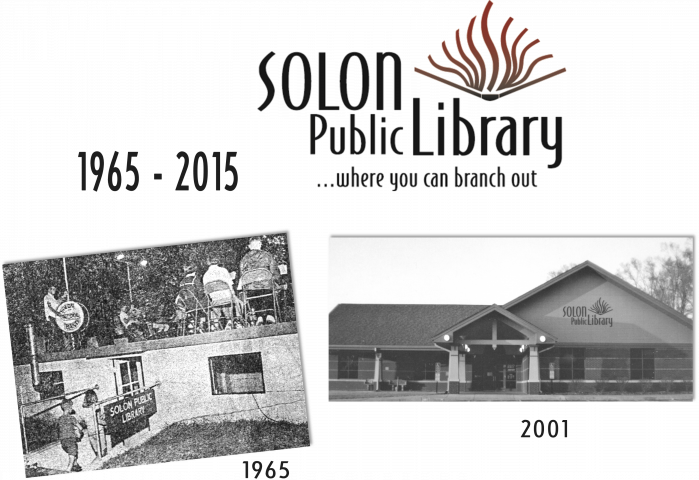 Calendar At A Glance: