A fractured fairy tale takes a familiar fairy tale story and retells it in a new way, often shifting to reflect modern values and ideals. Do you recognize the fairy tales used as the basis for these retellings?

Goldilocks and the Three Dinosaurs by Willems, Mo    (Kanopy)

"Once upon a time, there were three hungry Dinosaurs: Papa Dinosaur, Mama Dinosaur--and a Dinosaur who happened to be visiting from Norway. One day--for no particular reason--they decided to tidy up their house, make the beds, and prepare pudding of varying temperatures. And then--for no particular reason--they decided to go someplace else. They were definitely not setting a trap for some succulent, unsupervised little girl. Definitely not!"--Dust jacket flap.

The True Story of the 3 Little Pigs by Scieszka, Jon     (Kanopy)

Considered one of the first fractured fairy tales, in this story the wolf gives his own outlandish version of what really happened when he tangled with the three little pigs.

"In this twist on the classic tale, Cinderella and her less-famous twin sister Tinderella leave splitting everything in half behind when each finds her own Prince Charming (with a little magical help from their fairy god-mother)"-- Provided by publisher.

Rapunzel is raised in a grand villa surrounded by towering walls. Rapunzel dreams of a different mother than Gothel, the woman she calls Mother. She climbs over the wall and finds out the truth. Her real mother, Kate, is a slave in Gothel's gold mine. In this Old West retelling, Rapunzel uses her hair as a lasso and to take on outlaws--including Gothel.

Gilly wouldn't call herself wicked, exactly ... but when you have five siblings and live in a run-down boot, you have to get creative to make ends meet. Gilly's a pretty good thief-until she gets caught and sentenced to three months at Fairy Tale Reform School. There Gilly has to deal with teachers who are former villains like the Big Bad Wolf, the Evil Queen, and Cinderella's Wicked Stepmother.Harsh. But when she meets fellow students Jax and Kayla and they discover there's a battle brewing, Gilly has to wonder just how good these bad guys really are.

The Isle of the Lost by De La Cruz, Melissa    (eBook)

Imprisoned on the Isle of the Lost, the teenaged children of Disney's most evil villains search for a dragon's eye--the key to true darkness and the villains' only hope of escape.

The scene: New York City. The dazzling lights cast shadows that grow ever darker as the glitzy prosperity of the Roaring Twenties screeches to a halt. Enter a cast of familiar characters: a young girl, Samantha White, returning after being sent away by her cruel stepmother, the Queen of the Follies, years earlier; her father, the King of Wall Street, who survives the stock market crash only to suffer a strange and sudden death; seven street urchins, brave protectors for a girl as pure as snow; and a mysterious stock ticker that holds the stepmother in its thrall, churning out ticker tape imprinted with the wicked words "Another . . . More Beautiful . . . KILL."

When the scary, magical world in her grandmother's book of dark feminist fairy tales becomes real, seventeen-year-old Alice, partnered with Ellery, an obsessed fan of the fairy tales, must enter the world to rescue Alice's kidnapped mother.

As plague ravages the overcrowded Earth, observed by a ruthless lunar people, Cinder, a gifted mechanic and cyborg, becomes involved with handsome Prince Kai and must uncover secrets about her past in order to protect the world in this futuristic take on the Cinderella story.

"When Delilah is united with Oliver, a prince literally taken from the pages of a fairytale, the line between what is on the page and what is possible is blurred, and all must be resolved for the two to live happily ever after"-- Provided by publisher.

Alaska, 1920: a brutal place to homestead, and especially tough for recent arrivals Jack and Mabel. Childless, they are drifting apart--he breaking under the weight of the work of the farm; she crumbling from loneliness and despair. In a moment of levity during the season's first snowfall, they build a child out of snow. The next morning the snow child is gone--but they glimpse a young, blonde-haired girl running through the trees. This little girl, who calls herself Faina, seems to be a child of the woods. She hunts with a red fox at her side, skims lightly across the snow, and somehow survives alone in the Alaskan wilderness. As Jack and Mabel struggle to understand this child who could have stepped from the pages of a fairy tale, they come to love her as their own daughter. But in this beautiful, violent place things are rarely as they appear, and what they eventually learn about Faina will transform all of them. 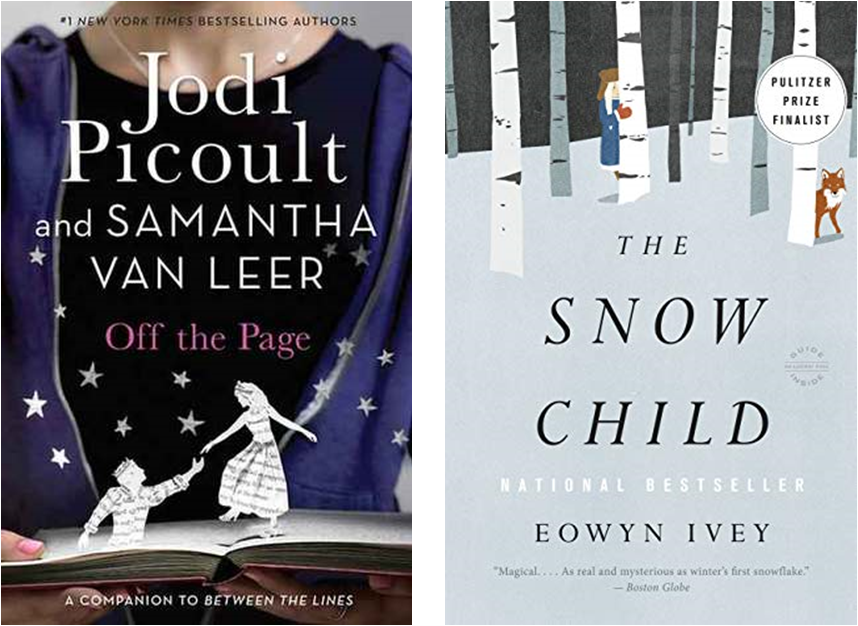 Kyle Kingson has it all, including a wicked cruel streak. He zeroes in on Goth classmate Kendra inviting her to the school's extravagant bash. After she accepts, he blows her off in a very cruel fashion. She retaliates by casting a spell that physically transforms him into everything he hates. Enraged by his horrible appearance he confronts Kendra and learns that the only way to break the curse is to find someone that will love him as he is, which is something he considers impossible.

Snow White and the Huntsman

Snow White is the only person in the land fairer than the evil queen who is out to destroy her. But what the wicked ruler never imagined is that the young woman threatening her reign has been training in the art of war with a huntsman who was dispatched to kill her.